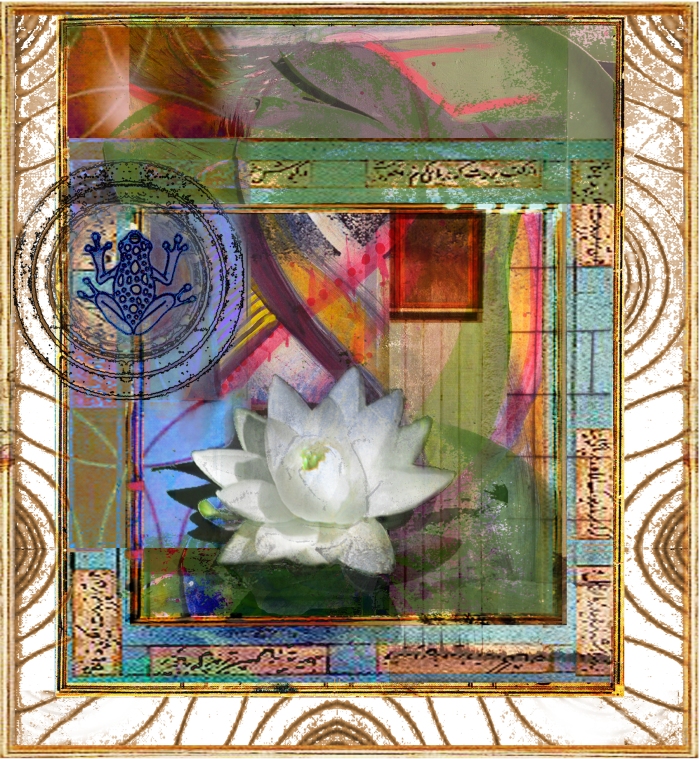 The lotus or water lily, which grows in great multitude on Phantom Lake, is a symbol held sacred by almost every culture in the world and is an emblem of both spiritual and physical generative powers. It is a symbol of fertility, representing spiritual and physical generative powers and their connection to each other. I started working with this compelling universal image in 2006.

My research led me to the visually evocative Festival of Lights in Thailand called Loy Krathong (“Loy”- to float, and “krathong” – a leaf cup  or bowl). It takes place on the first November full moon in Thailand. Floats are created in the image of the lotus blossoms. They are made by wrapping floating material with banana leaves, then embellished with candles, incense, flowers and coins.  Under the night sky, thousands of “boats” or kratongs, are gently launched on the waterways with wishes of good fortune.

The frog is a another powerful symbol associated with rain, transformation and rebirth. The Japanese word for frog is “kaeru”…meaning “return.”

I mounted this on wood to create a geocaching trackable. The intention of this work was to “launch” a healing wish. This one is still traveling, thanks to avid geocachers around the world, who move it from cache to cache.

Below are some of the photographs I took of the lilies on the lake from our canoe. 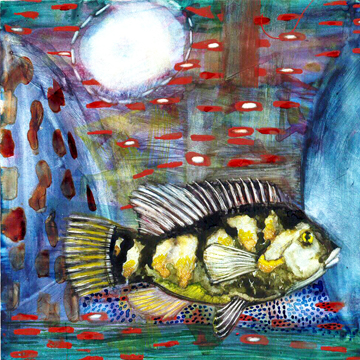 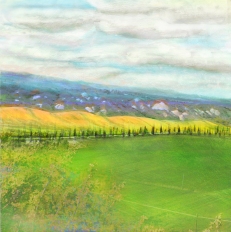 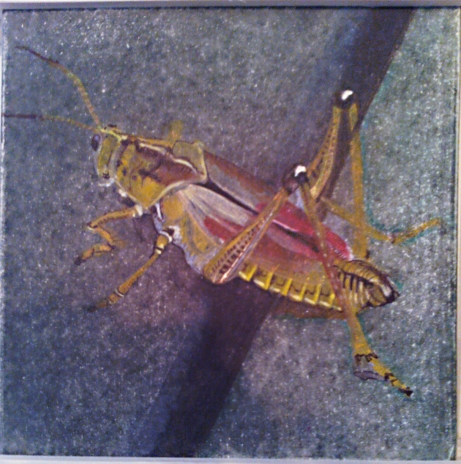 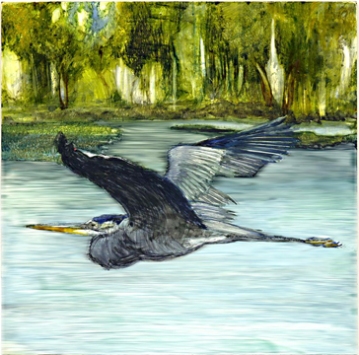 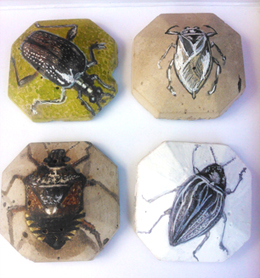 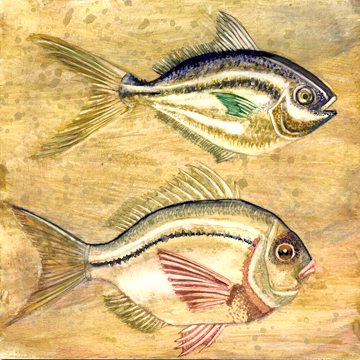 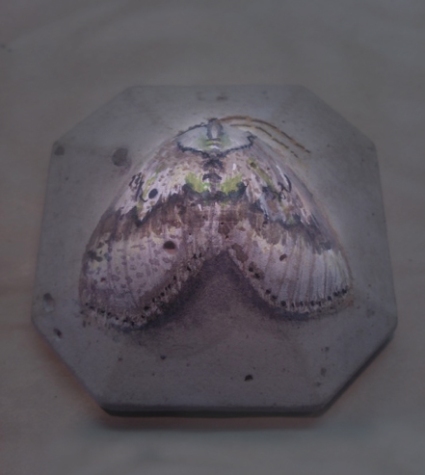